https://www.fender.com/en-US/electric-guitars/stratocaster/american-original-50s-stratocaster/0110112824.html
I've been lucky enough to play a few early '50s Stratocasters. One of them was a prototype from '54! I could never afford anything south of '75 so this new series from Fender appealed a lot when I went on a sort of 'authentic' hunt. I bought the '60s version too. The '50s does have some modern concessions: 9.5" fingerboard radius, 5-way pickup selector and a tone control for the bridge pickup. They're all very welcome appointments as far as I'm concerned because I bought this guitar to play, not to ogle. The build is crazy tight, the tones sublime, the look timeless. Happy customer.

This video was made as a service. I bought the guitar. 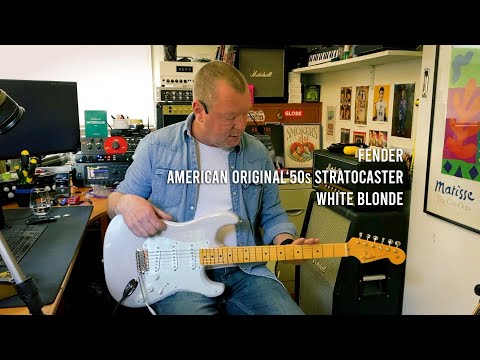 https://www.fender.com/en-US/electric-guitars/stratocaster/american-original-50s-stratocaster/0110112824.html I've been lucky enough to play a few ear...