With its cute pug-dog styling and available hybrid powertrain, the 2022 Toyota Corolla Cross appears ready to take on mini-SUVs in the fierce American crossover sales war. A 169-hp four-cylinder lies under the hood and can be mated to either a front- or all-wheel-drive setup; a hybrid powertrain will join the lineup for the 2023 model. The Corolla Cross slots into the Toyota SUV lineup between the smaller C-HR and the larger RAV4, which puts it in a familiar in-between category with rivals such as the Kia Seltos, the Jeep Compass, and the Nissan Rogue Sport. The interior borrows heavily from the Corolla and Corolla Hatchback models, but with slightly more cargo space, and obviously the Cross offers a taller driving position.

Although it wears the familiar Corolla name, the Cross's SUV shape and taller ride-height makes it more than a typical compact hatchback. A hybrid powertrain, which may possibly include an all-wheel drive option, will join the Corolla Cross lineup for 2023.

All Corolla Cross models will come with a 169-hp 2.0-liter four-cylinder engine and a continuously variable automatic transmission; front-wheel drive is standard, but all-wheel drive is available as an option. The Corolla Cross's powertrain isn't thrilling, but it should deliver adequate performance and decent fuel economy.

The EPA has not released fuel-economy ratings for the Corolla Cross yet, but Toyota is estimating a 32-mpg combined rating for front-wheel-drive models and 30 mpg combined for all-wheel-drive ones.

Drivers familiar with the Corolla sedan will find themselves right at home inside the Corolla Cross. The dashboard layout, interior materials, and convenience features are nearly identical to the four-door model. However, the Corolla Cross's larger dimensions create more room for passengers–particularly in the back seat–and additional space for cargo. Lower trims are far more basic, but the XLE model comes with nice-looking faux-leather upholstery, heated front seats, a leather-wrapped shift knob, and a flip-down center armrest for rear-seat passengers.


Out of the Corolla Cross's dashboard sprouts a square infotainment display flanked by shortcut buttons. This same setup is used in several current Toyota models, which offer 7.0- and 8.0-inch displays. The Corolla Cross uses the current version of Toyota's infotainment interface, which isn't particularly modern but is fairly straightforward in its operation. Apple CarPlay, Android Auto, and SiriusXM satellite radio will all be standard, but wireless smartphone charging, rear-seat USB charging ports, and a JBL stereo system are optional extras.

With the Corolla Cross, Toyota will continue its current trend of standardizing driver-assistance features by offering a suite of systems on all trims that includes adaptive cruise control, automated emergency braking, and lane-departure warning. For more information about the Corolla Cross's crash-test results, visit the National Highway Traffic Safety Administration (NHTSA) and Insurance Institute for Highway Safety (IIHS) websites. Key safety features will likely include: 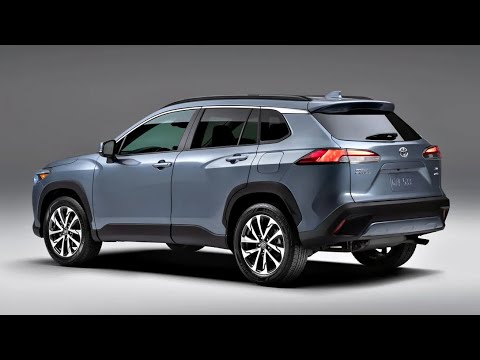