Nuclear fusion research tells us that the Sun uses one gram of hydrogen to make as much energy as can be obtained by burning eight tons of petroleum. If nuclear fusion—the process that makes the stars shine—could be domesticated for commercial energy production, the world would gain an inexhaustible source of energy that neither depletes natural resources nor produces greenhouse gases. In Star Power, Alan Bécoulet offers a concise and accessible primer on fusion energy, explaining the science and technology of nuclear fusion and describing the massive international scientific effort to achieve commercially viable fusion energy.

Bécoulet draws on his work as Head of Engineering at ITER (International Thermonuclear Experimental Reactor) to explain how scientists are trying to “put the sun in a box.” He surveys the history of nuclear power, beginning with post–World War II efforts to use atoms for peaceful purposes and describes how energy is derived from fusion, explaining that the essential principle of fusion is based on the capacity of nucleons (protons and neutrons) to assemble and form structures (atomic nuclei) in spite of electrical repulsion between protons, which all have a positive charge. He traces the evolution of fusion research and development, mapping the generation of electric current though fusion.

The ITER project marks a giant step in the development of fusion energy, with the potential to demonstrate the feasibility of a nuclear fusion reactor. Star Power offers an introduction to what may be the future of energy production.

Alain Bécoulet is Head of Engineering for ITER, an international nuclear fusion research and engineering demonstration project in France. Previously, he was Director of the French Magnetic Fusion Research Institute. He was awarded with the 2020 International Science and Technology Cooperation Award of China, and the 2021 Huangshan Friendship Award of Anhui Province.

Nathaniel J. Fisch is professor of astrophysical sciences in the Department of Astrophysical Sciences and director of the Program in Plasma Physics at Princeton University. He is also the associate director for academic affairs at the Princeton Plasma Physics Laboratory and an associated faculty in the Department of Mechanical and Aerospace Engineering at Princeton University. He has received a Guggenheim Fellowship and is a Fellow of the APS and the NASA Institute for Advanced Concepts. 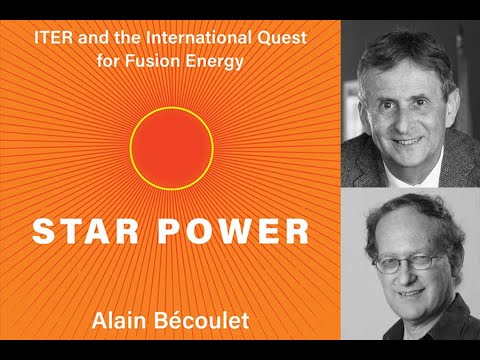