"Originally released by Music For Nations on June 6, 2004, it was re-released by the German-based label SPV in May 2005 after the collapse of the former. The Music For Nations release came in two formats: jewel case with 10 tracks, and digipack with 13 tracks. Unlike normal special editions, the 13-track version's bonus tracks are in the middle of the album, apparently forming the "true" album as the band intended it. The SPV release contains a bonus EP with four additional tracks (all previously released) and videos of two songs from the original.

The critical reception of the album was generally positive, with comments such as:

"A British rock-scene altering record. Enjoy it in all its infinite glory" Kerrang!

"No other record this year will have the audacity to field such lofty ambitions, let alone have the skills to fulfil them" NME" - Wikipedia ( https://en.wikipedia.org/wiki/Amplifier_(Amplifier_album) )

If you are a band member or are involved with this record and don't want people to see/hear this, please contact me via comments or Google+ message and I'll remove it. There's no need for flags.
I do not own any copyright nor have anything to do with the band or their label. Just spreading their music/job. 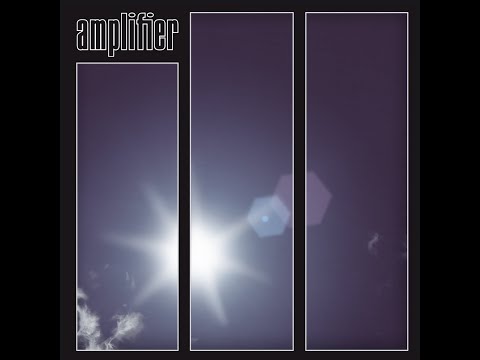