The palette and precision of prolific synthesizer composer Hector Carlos Ramirez aka AURAGRAPH have heightened incrementally since the project’s conception in 2018, but Reflection Plane – his 8th full-length, and first for Dais – finds him streamlining his sound even further, to its gleaming chrome essence. Moody pads and sequential circuits cycle through cybernetic galleries of marble, ferns, and flickering screens, at the threshold of film score, slow techno, and hard vapor. The album’s nine tracks deploy an array of 80’s tonalities, from night drive arpeggios to Art Of Noise sample stabs to Seinfeld slap bass, but fused into a hybrid landscape of lucid dreaming and hypnotic horizon lines.
Born in the Texas border town of Laredo, Ramirez relocated to Austin for film school, where he became fascinated by the local electronic underground scene spearheaded by S U R V I V E and the Holodeck Records network. But it was only after moving to Los Angeles to work in the music department of a film trailer house that he crossed paths with Kyle Dixon and Michael Stein of S U R V I V E, who were in need of an assistant for multiple ongoing projects. After helping out on National Geographic’s Valley Of The Boom miniseries, Ramirez officially joined the Stranger Things soundtrack team as a Score Mixing Engineer.

This intuitive expertise for audio design infuses AURAGRAPH with a unique sense of fluidity and finesse, able to shift gears and integrate contrasts: sleek yet strange, icy but emotive, minimal though rich. Shades of classic EBM, 90’s electronica, and Dreamcast-era video game music glimmer here and there on certain tracks, but the cumulative effect of Reflection Plane is of entering a place outside of time and space, post- human and pristine. These are songs of parallel realities and second lives, freed from friction and gravity, playing on loop in a skybox sculpture garden at the ends of the earth. 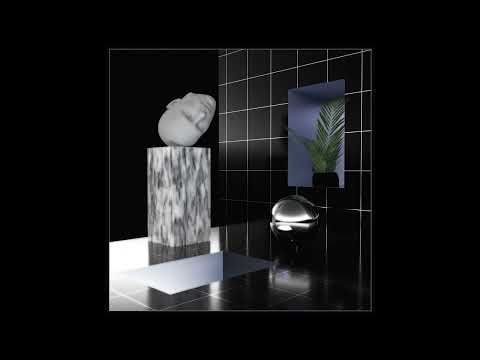