Public uproar over Shs2.4b luxury cars for Speaker, her deputy
Parliament’s decision to procure two luxurious high end cars for Speaker Anita Annet Among and her deputy Thomas Tayebwa at a cost of £520,000 (about Shs2.4 billion) has sparked resentment from a cross-section of the public, with some describing the deal as an extravagant expenditure.
Those opposed to the procurement argue that such embellished expenditure, which comes at a time when the country is grappling with escalating commodity prices, is a big slap in the face of citizens.
Ms Prossy Akampurira Mbabazi, the Rubanda District Woman Member of Parliament, also a parliamentary commissioner, yesterday confirmed the procurement of the two luxurious vehicles in a telephone interview.
#ThomasTayebwa #AnitaAmong #UgandaParliament #
“The decision was endorsed by the parliamentary commissioners and money to purchase the two vehicles was approved,” she explained.
The vehicles were procured from a firm in the UK and one is already here. The second vehicle is arriving next week, according to Parliament.
Giving a justification for the luxurious procurement, Ms Mbabazi said the cars belong to the two public offices and not to individuals.

“The current cars [for the Speaker and Deputy speaker] have been here for more than 10 years and once they get old, it is reasonable to get other cars for our speakers. I don’t know why people are taking it as if it is her car; that is a parliamentary car and once they leave office, they will not take these cars home,” she said.
Weighing in on the matter, Mr Julius Mukunda, the executive director at the Civil Society Budget Advocacy Group (CSBAG), last evening described the procurement process as “bad” given the hard economic times that the country is going through.
“Have we reached that level to procure such vehicles in the banana republic?. What signal does it give when we say we need to be frugal? We need to have value for money considering who we are as a country,” Mr Mukunda said by telephone.

Opposition Forum for Democratic Change deputy spokesperson John Kikonyogo said: “The country’s economic situation is worrying, Ugandans are struggling to afford the basics of life, and such a procurement is a mockery to Ugandans,” he said.

Parliament has also allocated itself extra Shs193bn to cater for their salary increment and allowances.

Parliament quotations of the two vehicles are said to be high end considering the prices on the open market.
Some online Mercedes Benz dealers, for instance, quote the vehicles at between $111,100 (about Shs416m) and $118,625 (about Shs444m) while others have quoted the similar models at $230,000 (about Shs860m), including taxes and other fees.

The Clerk to Parliament, Mr Adolf Mwesige, in a letter dated April 3 addressed to the executive director of the Public Procurement and Disposal of Public Assets Authority (PPDA), requested for clearance to procure the said vehicles.

He explained that the process of procuring new cars commenced last year and should have been completed earlier, but the figures quoted by the sole bidder, M/S Spear Motors Limited, had surpassed Parliament’s initial budget.
“M/S Spear Motors Ltd was not successful on that occasion because it quoted a price of Shs2.92 billion for the vehicles that exceeded the pre-established market survey estimate [of Shs2.89billion], for the procurement as per the provision of Section 74(3) (a) of the PPDA Act, 2003 and regulation 5 (4) of the PPDA regulations…” Mr Mwesige said in the letter.
Albeit Limited, a company based in the UK on March 28, 2022 sent quotations for the new cars at £520,000 (Shs2.4 billion) and the buyer admin fee of £5,000 (Shs23.2 million).

Mr Chris Obore, the director of communications at Parliament, was quick to write off the alleged price quotations. Replying to Agatha Atuhaire, who raised the issue on Twitter, Mr Obore said the vehicles could not cost that high based on quotations from Spear Motors that had quoted Shs2.9 billion for the two cars, way above what the Albeit Limited from UK quoted.

Parliament was expected to issue a press statement yesterday, but had not done so by press time. 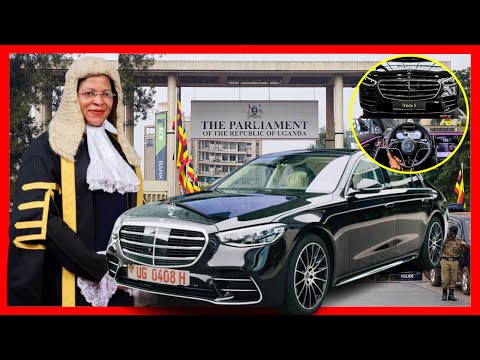