Dead Space 3 is an action-thriller third-person shooter video game set in the Dead Space universe, and is the sequel to Dead Space 2. It is currently in development by Visceral Games and will be published by Electronic Arts. Dead Space 3 takes place after the events of Dead Space 2, and is set primarily on the cold, snowy planet Tau Volantis, with a significant portion of the game focused over the planet's atmosphere. The game continues Isaac's struggle to end the Necromorph infestation.

After the events of Dead Space, EarthGov captured Isaac Clarke and harvested his mind for Marker blueprints in order to revive the program in which Markers are used to provide resources and power for the human race. The Marker placed on Titan Station, the same station Isaac was being held on, resulted in another outbreak of Necromorphs. Isaac then escaped with Ellie Langford after he destroyed the Marker, resulting in Titan Station's demise.
Isaac Clarke and Ellie Langford separate after the events on the Titan Station Sprawl. Isaac remains on another space station while Ellie searches on as both look for ways to end the Markers built by EarthGov. Isaac is then recruited by Captain Edward Norton and Sergeant John Carver, two men Ellie met on the planet Uxor, who claim Ellie found a planet known as Tau Volantis, where nearly 200 years ago a government base was located, but was eradicated by a Necromorph infestation, and frozen over, until someone somehow managed to stop the infestation and the Marker in its tracks. The group travels to Tau Volantis in the hopes of finding answers about Unitology and the key to finally stopping the Markers.

If you liked the video please remember to leave a Like & Comment, I appreciate it a lot! 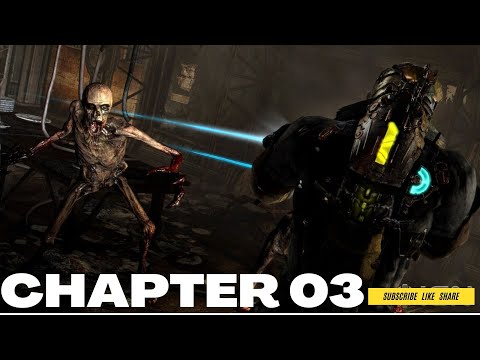