Did Singer Witness a Murder & Then Write This 80s Hit to Call out the Killer? | Professor Of Rock

the 80s classic hit In the Air Tonight by Phil Collins has arguably the most famous urban legend behind it in rock history. Told and retold thousands of times. Did Phil Collins of Genesis really witness a potential murder and then write about it to haunt the killer? Or is it a total farce? The story of a song that has become one of the biggest of its time only to stall outside of the top 10 back in the early 80s. we give it it’s due as a #1 in our hearts and find out the real story next.

Check out my Hand Picked Selection Below

Check Out The Professor of Rock Merch Store - http://bit.ly/ProfessorMerch

Help out the Channel by purchasing your albums through our links! As an Amazon Associate, I earn from qualifying purchases at no extra cost to you, thank you for your support.

Hey Music Junkies, Professor of Rock always here to celebrate the greatest artists and the greatest songs of all time I’m anxious to share another story from our series #1 in our Hearts where we break down a song that was so phenomenal that it deserved to be kinged at the top to charts but it peaked at #19 outside of even the top 10 but decades later, most are shocked that it wasn’t a #1 hit because it was so big. As we’ve come to know on this channel. in the life of a songwriter, a lot of times their most inspired material comes from a painful experience, or a tragic event. The emotional suffering or hardship brought about by those occurrences can trigger some incredibly incisive lyrics that give a song universal reverence and deep appreciation. And then sometimes that same song somehow spawns an urban legend that get told and retold so much that it becomes the story or narrative ...

the case of Phil Collins's dark tour de force “In the Air Tonight” both elements apply. It's, a song Phil wrote during the bitter breakup and subsequent dissolution of his first marriage in the late 70s.
When it was released as the lead single from Phil’s debut solo album Face Value in ’81, like I said, “In the Air Tonight" stalled at #19 on the Billboard Hot 100, but with its eerie guitar licks, soul-stirring vocal, and thunderous drum crash, it has generated a pre-eminence as one of the coolest compositions ever recorded, and... is #1 in Our Hearts.

Phill collins is such a gifted songwriter and artist, whether with Genesis or Solo, he’s created so many songs that shoul’dve been #1. For me this song is at the top of that list. It’s so atmospheric and spine tingling. Phil’s Face Value album was full of songs that were an outlet for him to express the anger & betrayal that wounded him from his first divorce. He intended the songs in “Face Value" to be messages to his ex-wife in an effort to get her to reconsider their divorce and come back to him, however, the songs or “messages” had an adverse affect on his ex-wife, driving her further away. She even said that she felt that the song vilianized here.

Ultimately, the marriage was not salvageable, and Phil would continue to convey his misery in several songs that he wrote during that period, but were not released until after Face Value. Songs like “I Don’t Care Anymore” from his 2nd solo release Hello, I Must Be Going, and “How Can You Just Sit There”, which was shaped into the #1 smash “Against All Odds (Take a Look At Me Now)”. Which we covered last year...

Did Singer Witness a Murder & Then Write This 80s Hit to Call out the Killer? | Professor Of Rock 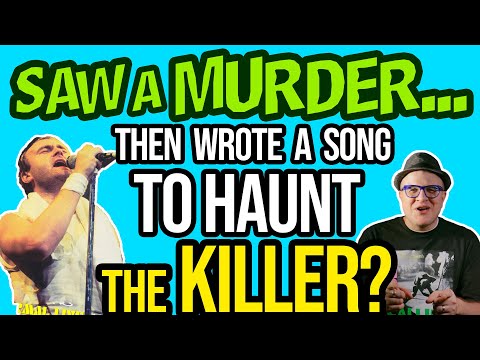 the 80s classic hit In the Air Tonight by Phil Collins has arguably the most famous urban legend behind it in rock history. Told and retold thousands ...