How Led Zeppelin created their biggest hit song, their only top 10, the provocative 70s smash Whole Lotta Love through rough waters including conservative radio programmers and later a lawsuit. Jimmy Page’s Riff has been called the best ever, Robert Plant’s evocative vocal and the incredible rhythm section of John Paul Jones and John Bonham, this song is a bonafide rock classic.... Coming up.. the story of a provocative Top 5 smash created by a daredevil supergroup that challenged the gatekeepers of commercial radio conservatism...and wound up being sued for violation of copyright laws. There’s a whole lotta yearnin’ ...and a whole lotta schoolin' NEXT on Professor of Rock.

Hey music junkies and vinyl junkies Professor of Rock always here to celebrate the greatest artists and the greatest 70s songs of all time for the music community and vinyl community with music history video essay's. If you’ve ever owned records, cassettes and CD’s at different times in you life or still do this is your place Subscribe below right now to be a part of our daily celebration of the rock era with exclusive stories from straight from the artists and click on our patreon link in the description to become an Honorary Producer.

Rolling Stone writer Steve Pond called Led Zeppelin the “last band of the 60s, and the first band of the 70s. Zeppelin was truly the band that captivated a new generation of fans that were not members of the personality cult of the 60s. Critics did not like them, but an emerging culture of uninhibited young fans grabbed on to Zeppelin IMMEDIATELY… It was a new age of fans- captivated by provocative music & a path of life they could call their own.

The song that characterized the approaching individualism of the 70s was released in November of 1969….Led Zeppelin’s ”Whole Lotta Love” In the early 60s; while most of his peers were busy groaning about acne & finding the right turtleneck, the great Jimmy Page worked tirelessly to become one of England’s most sought-after session players by the time he was only 18.

He was known as “Lil’ Jim P” to avoid confusion with another highly used studio musician named Big Jim Sullivan. If an artists needed a guitarist, they either went to Lil Jim, back in those days.
As the decade rolled along, Page was featured on a variety of notable recordings by the likes of Marianne Faithful, Johnathan King, Brenda Lee, Van Morrison, the Kinks, and even The Who.

Jimmy provided rhythm guitar licks for The Who on their first single “I Can’t Explain.” In ’66, Page got the idea of assembling a super group with Keith Moon & John Entwistle from The Who- Jeff Beck & John Paul Jones. When the guys talked about how they thought the supergroup would be received, Keith Moon shot back that the group would “go over like a lead zeppelin,” In other words, it would be a disaster.

I should note, however, that some say the quip actually came from Entwistle. Regardless, the joking remark stuck with Page, and he would bring it to the forefront a few years later. Late in ’66, Page replaced bassist Paul Samwell Smith and joined his buddy Jeff Beck as one of The Yardbirds. Less than two years later, Beck, too, departed, and despite frantic efforts to keep the band together, The Yardbirds imploded. Page went back to his idea of forming a supergroup that shared the same musical vision, and the tenacity to bust the status quo. 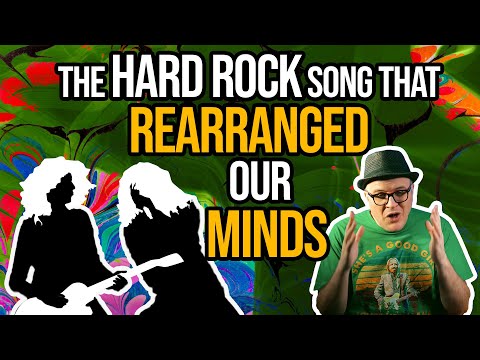 How Led Zeppelin created their biggest hit song, their only top 10, the provocative 70s smash Whole Lotta Love through rough waters including conserva...