Here's the radio I'm talking on: https://www.youtube.com/watch?v=qHrC4EdEzKs&t=58s Same radio that you hear on SSB.

IT'S ALL ABOUT THE RADIO AND THE NIST BENCH IT'S TUNED ON
All Mods & Updates Including Matched Pair Palomar ERF2030 MOSFETS, MAX MOD For Additional Clarity, Cooling, Stability, Reliability and Far Superior to any other regulator available.

*Note: Curve Tracer is used for Precisely Matching Transistor Unity and not only just hfe. Unity is King! BEST OF THE BEST. One At A Time .. no "tire kickers"

CARDINAL RULE #1 .. NO EXCUSES
If you don't hear them talking either locally or in DX Land (AM/FM And SSB) on a Identical Radio as they promote, find someone who's not a sham, is honest, competent and not just another "con-artist snake oil salesmen" from the Romper Room CB Radio Brigade SRC.

Those that know it show it, those that don't or do so in A Misleading Way Are ABUSING YOUR TRUST, INSULTING YOUR INTELLIGENCE AND RIPPING YOU OFF!! Cleaner And Meaner not noise, gimmicks or toys. Subscribe, click notifications bell and Stay Tuned.

Superior Range and Reliability with Peace Of Mind .. Get FineTuned not "peaked and ruined"

Tired of BS yet? If they don't show you or do so in a deceiving way, you've been misled. Learn to identify "Golden Screwdriver Jockey Con Artists - Schemers and Scammers". *Note: There'll always be hate and drama regarding my disgruntled Romper Room CB Radio Repair Shop Competitors and their "Fake News - Internet Troll Network". When "ready" to purchase, pm me on Facebook including your phone number. Contact information below, don't be in a hurry!

Meter swinging over-modulated radios with a noisy receiver and miscalibrated S Meter have been Peaked & Tuned, comp-tuned or so-called Hi-Fi mods performed and misaligned by a Golden Screwdriver Magician .. not technician.

Internet, Facebook, and truck stop competition tunes are useless in the Real World. Not only do they produce a noisy receiver, but they'll also bleed your wallet and all over neighbors too! Years ago, while still accepting walk-ins, this was about 90% of all radio-related issues and complaints from customers nationwide and Still Is!

How To Recognize
They'll want you to Look At Meter or some other test equipment and claim that an NIST Certified Spectrum Analyzer, and an Analog "O"scope isn't necessary. RUN RUN RUN!

They'll poise their meter farm at you while making strange vocal sounds, whistling or injecting some unknown tone into the mic socket while trying to convince you that distortion is considered RMS, average or Bird watts and usable power. NOT!

Most don't have a clue what each unit of measurement represents, how to derive it or have an accurate way of testing but they sure do put on a show! This might look impressive to some but in reality, these tunes produce Far Less Usable Power. Sound familiar? Many have fallen for these Tricks so don't feel bad.

Software Jockeys claiming to be "engineer" (Mark19960 - Mark Rutherford EEVBLOB shill) don't do or show you anything useful at all. Either copy paste (Plagiarism) or talk a lot trying to baffle you with BS while hiding behind a pseudonym. This type has no integrity or Real-World Experience. Ever hear them on the radio? Right!

Real-World Performance
Due diligence! Demand the testing and tuning of your equipment on a minimum 100 MHz Analog Oscilloscope, Bird 4314c meter or equivalent and 1 GHz spectrum analyzer W/ NIST Traceable Certification of Calibration. It's the only accurate way of measuring spurious emissions, harmonics and true power @ the fundamental frequency replicating Real World Performance.

All test equipment and gear under test including meter, scope, spectrum analyzer, sampler, radio, and amp if applicable must be in plain sight at all times while the gear is under test, fully modulated. Inducing distortion though meter using un-calibrated test equipment is misrepresentation and an illusion playing on your ignorance while insulting your intelligence!

If they can't display everything all at the same time while under test, explain ac volts, pep, pk, cw, rms , capacitance, inductance and the basic principles of a phase shift then how do you expect them to accurately test, tune or align your system? Ever wonder why they attempt to replicate or imitate everything that I do and say but yet fail miserably in a deceiving way?

Find a tech who's competent, not Facebook CB related, a pseudonym on a forum, has a NIST Traceable Certification of Calibration, not just "flea bay" equipment stacked up the wall trying to baffle you with BS. Never settle for less or that's what you'll get, card tricks, ghost watts, S9 out of calibration and a noisy receiver! 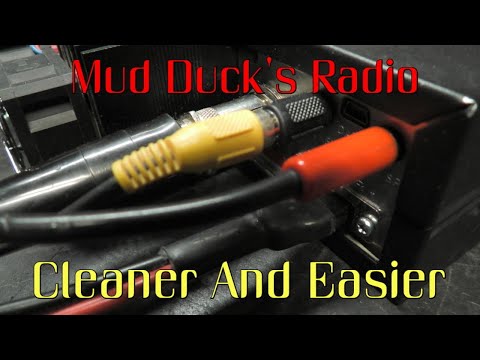