If the Channel Surround Sound is not working on your Windows 11/10 computer, this post may help you fix it. This issue can occur on both 5.1 and 7.1 surround sound systems with any audio player. If this issue occurs on your system, you will not get sound from your rear speakers. According to the affected users, this issue is generally associated with the Realtek sound card. However, other sound card users may also face this problem.

Windows 11 upgrade from prior versions of Windows is free and many users have opted to upgrade, whenever you upgrade there are likely to be conflicts and compatibility issues most commonly with the drivers you previously had that were designed and developed for your previous operating system.

Windows 11 does support most of your previously installed applications and drivers but you may need to upgrade them. The Channel surround sound not working in Windows 10 is one of such issues faced by users who upgraded to Windows 10. Users are getting basic sound from front speakers; however, they are not getting any sound from rear speakers. 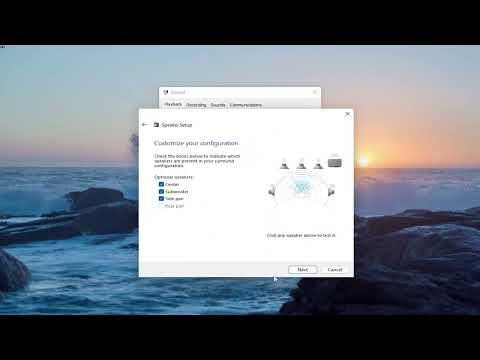