Hoping the speaker will not follow his wish and liking, Mr Rehman said, “I expect that he [Speaker] will follow the law by paying heed to the sanctity of his office.”

Centre to deploy FC, Rangers in Punjab amid political Imbroglio

On the other hand, the federal government has decided to deploy FC and Rangers personnel across Punjab in a bid to maintain law and order.

Sources privy to the development said that Interior Minister Rana Sanaullah directed the chief secretary and Punjab IGP to take measures to protect the masses’ property, and to maintain law and order in the province.

While the authorities concerned strictly instructed the officials not to take part in any political activities, sources added.

The former premier emphasised the value of the rule of law again when speaking to a delegation of lawyers at his Zaman Park residence, claiming that without it, the nation could not advance. It is imperative to cease bowing to the United States in order to preserve the rule of law in the nation, Mr Khan continued. Mr. Khan made accusations against former army chief Gen (Ret.) Bajwa, claiming that the latter is to blame for the nation s economic woes.

Speaking further about the Punjab Governor s request for a vote of confidence from the Chief Minister, the delegation of lawyers said that the Governor s move was unconstitutional. The Manzoor Wattoo case is quite obvious in this regard, they added.

Mr Khan gave the lawyers the job of leading a nationwide movement for the rule of law.

On the other side, Mr Khan instructed the female lawmakers to accept the cash if the opposition ever tries to lure them by offering tickets in the future.

The female members informed Mr Khan that the opposition had promised them money and told to shifting them to an undisclosed location.

While, PTI leader Hammad Azhar urged the PTI followers to prepare for tomorrow s protest in front of the Governor House in Lahore.

Speaking about the PTI protest, Mr Azhar said, “PTI Chairman Imran Khan has given the protest his okay. The protest would take place at 5 pm”.

The PTI s mandate has been blatantly sidelined, Mr Azhar continued, lashing out at the opposition. Mr Azhar took a swipe at former president Asif Ali Zardari, saying that he is busy spending money – to advance the interests of the opposition.
............

Welcome to the official channel of Dunya News. Pakistan’s Top News Network delivering the latest from around the globe.

Home to some of the most popular Talk Shows and Journalists such as Hasb e Haal, Mazaaq Raat, Dunya Kamran Khan Kay Sath, On The Front With Kamran Shahid, Think Tank, Ikhtalafi Note and, more. 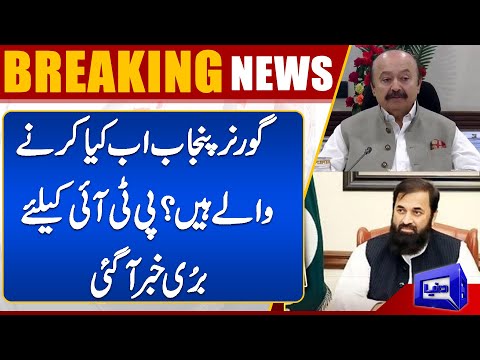