Munich High End 2022 day two was as analog action-packed as was day one. Second day videos tend to get somewhat lower viewer numbers, but you can be sure this video contains product debuts and events you really do not want to miss, including the saxophonist Jerome Sabbagh playing live in the Stenheim/darTzeel room backed by a recording of his bandmates. The illusion of the group playing live worked surprisingly well and even translated well recorded to stereo shotgun microphone. darTzeel introduced a new MC phono cartridge.

Franc Kuzma runs you through the new Safir 9 tonearm, Hegel introduces a
brand new preamp and amp, Acoustical Systems introduces a new deluxe
version of the Axiom tonearm called the “Grande Complication”, completely
fabricated from Titanium, Timet 1100, HD18 Tungsten and aerospace
magnesium (my review of the “standard” Axiom will appear in the September
Stereophile). Acoustical Systems’ Dietrich Brakemeier also showed computer
animated renderings of a new, soon to be introduced turntable called “Astellar” that can accept up to five arms.

Funk Firm’s Arthur Khoubesserian shows his new Kepler turntable with multiple arms that you can rotate so the desired arm is ideally positioned. The ‘table offers both direct and belt drive, plus vacuum hold-down. A new company, Luphonic, introduced a pair of moderately priced, interesting “H” shaped turntables and its own tonearm. All components seemed built to a very high standard.

Esoteric went “all in” with vinyl playback, introducing its first turntable, the $75,000 Grandioso T1 featuring a 42 pound platter utilizing a patented “contact free” magnetic drive mechanism that looked and felt spectacular. It wasn’t playing so I didn’t get to hear it, or much at the show because there was so much to cover, there really wasn’t time to listen to much. That’s okay with me because you really can’t judge what you hear under show conditions and reviewers who fetish over show sound are wasting their and your time, in my opinion.

Döhmann Audio showed the Helix One Mk2 turntable in the Zellaton room with a brand new Reed 5A tangential tracking pivoted arm mounted on it fitted with a DSA Grand Master optical cartridge. Sweden-based Engstrom introduced the M-Phono MM/MC preamp featuring “pencil” tubes and a step up transformer, a version of which was originally found in its Monica preamplifier.

Finally at the end of the second day I encountered the Faber’s Power GM Phono V. 3.0 J-FET array phono preamp that features RIAA and a variety of other curve options. The designer insisted to me that Capitol Records used the Columbia curve well into the stereo era and attempted to prove it by playing a Nat “King” Cole stereo record that did sound better using the Columbia curve, but that proves nothing! We argued respectfully for a while, with me braced by the thought that soon I’d be enjoying an outstanding selection of wine at a wonderful Italian seafood restaurant. I’m sorry, but according to all the evidence I’ve collected over the years, almost every label, including and especially Columbia and Capitol, switched to the RIAA curve as the stereo record era dawned. There’s just no convincing some people! Day 3 coming up! 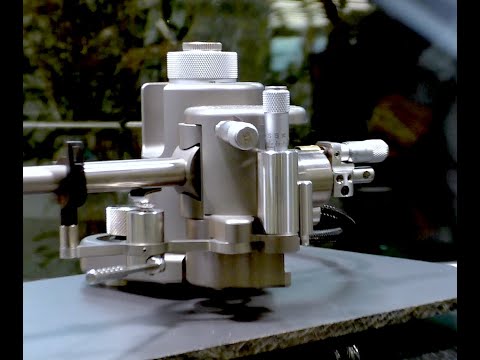 Munich High End 2022 day two was as analog action-packed as was day one. Second day videos tend to get somewhat lower viewer numbers, but you can be s...