The story of the top ten 60s smash You Really Got Me by the Kinks, later covered to great effect by the Mighty Van Halen in the 70s. The first major hit to feature distorted guitar by the brothers Davies. Ray Davies and Dave Davies. How this song changed everything in 1964 and how Eddie Van Halen reignited it in 1978.

Purchase The Albums
Help out the Channel by purchasing your albums through our links! As an Amazon Associate I earn from qualifying purchases at no extra cost to you, thank you for your support.

Hey music junkies and vinyl junkies Professor of Rock always here to celebrate the greatest artists and the greatest 70s songs of all time for the music community and vinyl community.
If you’ve ever owned records, cassettes and CD’s at different times in you life or still do this is your place Subscribe below right now to be a part of our daily celebration of the rock era with exclusive stories from straight from the artists and click on our patreon link in the description to see our brand new show there.

When it comes to the discussion about the most greatest rock bands ever, you always hear the regulars… The Beatles, the Stones, Pink Floyd, Led Zeppelin, The Who, Aerosmith, the Doors and on and on. A band that always deserves to be in the conversation but it often overlooked is the sensational british band the Kinks. It’s actually ridiculous that they aren’t more revered in the annals of Rock history told today. In fact shame on me for taking so long to honor their impact and greatness.

Singer & rhythm guitarist Ray Davies was was a student at Hornsey College of Art in London when he was the front man for the Dave Hunt Rhythm & Blues Band. During one of the gigs with the Dave Hunt Band, Davies was bewitched by a very attractive girl that was standing in the middle of the audience. She REALLY got him going.

When the band finished their set and went off stage, Davies hurried into the crowd looking for that magnetic woman….but he never found her. The infatuation he felt for the mysterious stranger was so strong, it lived inside him for nearly a year, and inspired Davies to write a simple song titled “You Really Got Me” in the spring of ’64.

By that time, Davies had left the Dave Hunt Band, transitioned to the Hamilton King Band, and eventually formed The Ramrods with his brother, Dave Davies, that turned into The Ravens.
The Ravens morphed into The Kinks- emerging as one of the most influential acts of the British Invasion of the 60s- in maybe the most competitive time in rock history with The Beatles, The Stones, The Who, The Yardbirds, The Hollies, The Animals, The Zombies, and The Dave Clark Five, among several others.
Davies constructed “You Really Got Me” on a piano in his parents living room. Up to the point he created “You Really Got Me,” Davies was not an experienced songwriter. “You Really Got Me” was one of the first batch of songs that he composed.
The genesis of the song was aesthetically different from the version that became an international smash in the fall of ’64.

To Dave, the riff would be much more powerful on a guitar than a piano. Ray was a bit perplexed, at first, because he had built “You Really Got Me” around a saxophone line, but he relented to his brother to hear how Dave’s idea of a heavy guitar riff would sound.
Dave supplanted the sax line with a fuzz guitar, and it gave the song a entirely new kind of sonic energy. The Kinks added “You Really Got Me” to some of their live shows, and the crowd ate it up! 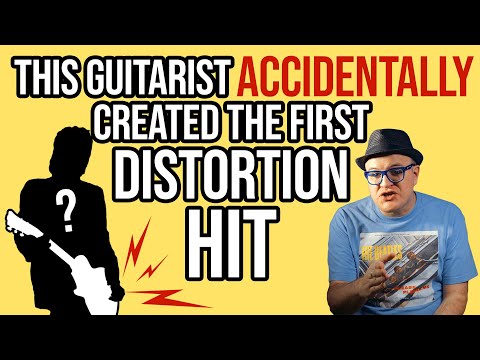 The story of the top ten 60s smash You Really Got Me by the Kinks, later covered to great effect by the Mighty Van Halen in the 70s. The first major h...