Kevin Howlett – writer, radio programme-maker and world authority on the Beatles – kept everything. This delightful episode goes back to rock and roll 78s and obscurities by the Idle Race and the Electric Prunes, and barrels though the great sampler albums, memories of late-night Radio One, the Ziggy Stardust show at Colston Hall in ’72 (“two-thirds full”) and the Faces at the Hippodrome (“bar onstage, tap dance for an encore”) as entertainingly recalled in his teenage diaries. Other highlights include his first gig (Kevin Ayers and the Whole World) and Bob Marley & the Wailers at the Exeter college ball. Plus he remembers “jaw-dropping moments” when listening to White Album outtakes and talks about going through all 53 Beatles recordings that eventually became “Live At The BBC” and the moments that even he – who’s heard and seen so much material - found revelatory in the new Get Back film.

Subscribe to Word In Your Ear on Patreon and receive every future Word In Your Attic before the rest of the world - alongside a whole lot more!: https://www.patreon.com/wordinyourear 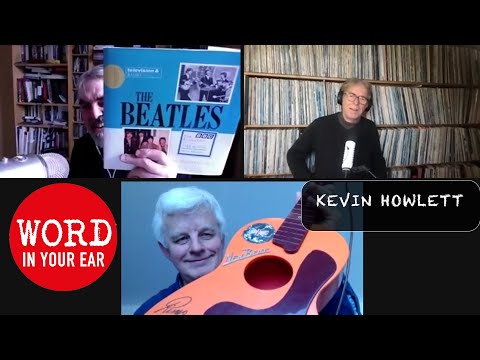 Kevin Howlett – writer, radio programme-maker and world authority on the Beatles – kept everything. This delightful episode goes back to rock and roll...