The 'Krell Series' is a selection of music videos directed by Mark & Paul Cummings that are created using digital generative processes. Having references to the 1956 classic cult Science Fiction film Forbidden Planet, the series draws inspiration from the original soundtrack that was created by Bebe and Louis Barron who were early pioneers of electronic music. The soundtrack was the first film score used by Holly Wood to be entirely electronic using Musique concrète processes that were revolutionary for the period.

The title of this series refers to 'The Krell' who are characterised in the film as a highly advanced race once inhabiting the distant planet Altair IV, who perished overnight 200,000 years before. The only remaining evidence of their existence is their abandoned, monumental architecture, technological achievements, and examples of high art, culture, and music.

The principles of 'Krell Music and its creation are ardently followed by the 'Krell Community'. Tributes to the soundtrack and reverence shown to the Barron's still continue today. 'The Krell Patch' as it is known is usually constructed using Modular Synthesisers, these modules are wired together in a specific way; the configuration leads to unexpected and unpredictable results.

Krell music is far from conventional, being a generative score of an infinite sequence of random variations that bleeps, drones, pulses, stabs and rumbles more akin to the sounds and patterns that come out of electronic circuits, in most cases atonal and lacking any time signature. The listener can only grasp melodic themes that fragment into highly abstract sonic expressions that are nonreferential and unearthly.

The Cummings artists take 'Krell Music' to another level by utilising a 'Krell Patch' not only to drive the audio but also to generate the procedurally rendered video, by coupling VCV and Unreal Engine. VCV is a virtual modular synthesizer and Unreal Engine is a 3D graphical games engine. The soundtrack directs all aspects of the animated sequence. The Pitch, voicing, envelope, color, timbre, and acoustic effects influence the camera, the field of view, exposure setting, the video processing effects, lighting, color and the motion of objects.

The viewer is taken through rapid disorientating scene changes on Altair IV, night becomes day and day becomes night within seconds, lurching from hot deserts to cold oceans. Alien artifacts manifest and disappear with puzzling motions sometimes monstrous and others benign in a dance that is akin to a futuristic dialogue between machines that are dreaming. Some scenes feel familiar only to be shattered by unpredictable and uneasy interruptions and constant shifting permutations of lighting and surface screen distortions.

"just before their extinction, the Krell had been working on a project that would eliminate the need for physical instruments in their lives. A machine that can create anything by mere thought, The machine gave the Krell’s subconscious desires free rein with unlimited power, causing their extinction."

Much like the Krell technology the Krell Series is manifested through the use of machines and software. If left unattended it would run without interruption in a process of continuous manifestation devoid of its original creators.

The score for Forbidden Planet was not scripted or notated in any way. The Barrons didn't consider the process as music composition. The sound was not treated as notes but instead as 'actors', this being produced by manipulating audio circuits according to the actions of the underlying character in the film.

Similar to Barrons's unusual processes, the Cummings Twins pioneer with new technologies; they manipulate algorithms to generate procedural soundtracks, that are considered more as digital signals that curate animated scenes and automate actors. This work originally is created for installation as a standalone live generative performance. 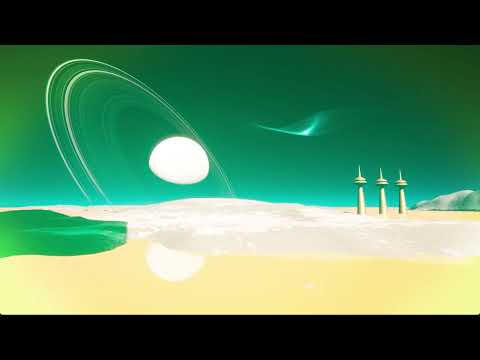 The 'Krell Series' is a selection of music videos directed by Mark & Paul Cummings that are created using digital generative processes. Having referen...