Note Link to the circuit diagram and manual in the show notes
Link Here: https://www.dropbox.com/sh/w4f64rc2bnlpphb/AACi-EqwFutBhs_ngZUaZ4cba?dl=0

Bridge for capacitance and resistance measurements, with a magic eye and built-in instrument for testing capacitors for breaks, short circuits, and leakage currents.

Lafayette was quick to jump on industry trends, embracing first open reel tape recorders and later 8-track cartridge recorders and compact cassette recorders,along with an array of gimmicks, supplies, and accessories. During the mid-1970s, the company's stores were one of few places one could actually experience four channel ("quadraphonic") sound. However the lack of a single industry standard (Columbia SQ vs. JVC's CD-4 and Sansui's QS) dampened sales, and the experiment ended in 1976.

Lafayette also sold a variety of electronic musical equipment made by different manufacturers. There were solid-body and hollow-body electric guitars, probably made by Teisco or Harmony. Microphones, amplifiers, and various electronic effects such as reverbs were available, many of which sported the Lafayette brand name, most notably the Echo Verb and Echo Verb II.Among the most famous guitar effects that Lafayette sold was the Roto-Vibe and Uni-Vibe, used by many musicians, most notably Jimi Hendrix. Robin Trower, Stevie Ray Vaughan and others later used the effect to emulate Hendrix's sounds and achieve new ones of their own. 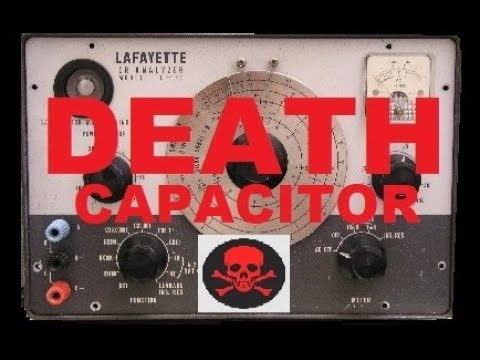 Note Link to the circuit diagram and manual in the show notes Link Here: https://www.dropbox.com/sh/w4f64rc2bnlpphb/AACi-EqwFutBhs_ngZUaZ4cba?dl=0 Dat...