The Idaho Falls Arts Council wants you to begin your Christmas celebration by "Laughing all the way."

The annual "Christ-centered Christmas event" is happening Monday, Dec. 13 at the Idaho Falls Civic Center for the Performing Arts. It will feature inspirational messages from beloved Christian authors and speakers Hank Smith, John Bytheway and Meg Johnson. There will also be some musical performances from Mark Williams and former American Idol contestant and country singer Carmen Rasmusen Herbert.

"Together, they fill the stage with entertaining stories and Christmas music that will have you smiling, laughing, and caroling along," according to an Arts Council promotion for the event.

The event is being sponsored by Jumping Turtle, LLC and Bytheway tells EastIdahoNews.com the idea for this event resulted from a conversation he had with Smith and Johnson several years ago while they were speaking together at another event.

"Meg is a quadriplegic," Bytheway says. "She had a fall many years ago in a place called Turtle Rock in southern Utah. She has gone through that and it's become quite an inspirational story. Because of that, we call our little group the Turtle house."

They've been doing events together for the last several years and Bytheway says they enjoy meeting new people.

LISTEN TO THE ENTIRE CONVERSATION WITH JOHN IN THE VIDEO ABOVE. 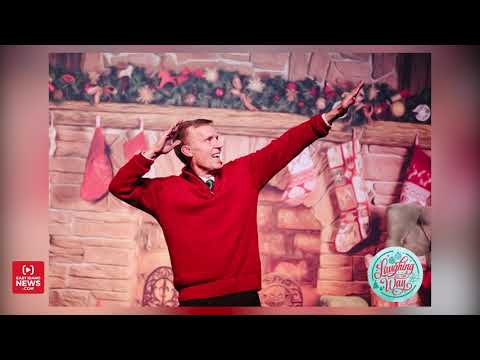 The Idaho Falls Arts Council wants you to begin your Christmas celebration by "Laughing all the way." The annual "Christ-centered Chris...