“Miracle and Wonder: Conversations with Paul Simon” (out Nov. 16) is unlike any artistic portrait you’ve ever heard before. Recorded over a series of 30 hours of conversation between Simon, Malcolm Gladwell, and Broken Record podcast co-host Bruce Headlam, the conversation flows from Simon’s music to his childhood in Queens, NY, his frequent collaborators including Art Garfunkel, and the nature of creativity itself. Gladwell and Headlam traveled from the mountains of Hawaii to Simon’s own backyard studio, to record an artist they’ve idolized since childhood.

Archival audio tracks and never-before-heard live studio versions are woven throughout the audiobook alongside distinctive commentary about Simon’s songwriting and beloved hits like “The Boxer,” “The Sound of Silence,” and “Graceland.” Between conversations, Gladwell deploys his signature blend of historical research and social science in an attempt to understand how a boy from 1940s Queens conjured near-perfect songs over an incredible 65-year career. Along the way he gathers reflections on Simon’s particular genius from the likes of Sting, Herbie Hancock, Renee Fleming, Jeff Tweedy, Aaron Lindsey, and Roseanne Cash.

The result is an intimate audio biography of one of America’s most popular songwriters. Brimming with music, and conversation, Miracle and Wonder is a window into Paul Simon’s legendary career, what it means to be alive as an artist, and how to create work that endures.

ABOUT MALCOLM GLADWELL
Malcolm Gladwell is president and co-founder of Pushkin Industries. He is a journalist, a speaker, and the author of six New York Times bestsellers including The Tipping Point, Blink, Outliers, David and Goliath, and Talking to Strangers. He has been a staff writer for the New Yorker since 1996. He is a trustee of the Surgo Foundation and currently serves on the board of the RAND Corporation.

ABOUT BRUCE HEADLAM
Bruce Headlam is one of the co-creators of the music podcast Broken Record. He worked at The New York Times for 19 years, including two years running the 50-person Video Desk and eight years running the Media Desk. While at the Times, he directed coverage that won two Pulitzer Prizes: the Ebola crisis for the Video Desk and a reported comic strip on Syrian refugees for Op-Ed. He helped develop two new sections at the Times — Circuits and Escapes — and ran the Monday Business section for five years. In Canada, he worked at Saturday Night and Canadian Business magazines.

ABOUT BROKEN RECORD
From Rick Rubin, Malcolm Gladwell, Bruce Headlam, and Justin Richmond. The musicians you love talk about their life, inspiration, and craft. Then play. 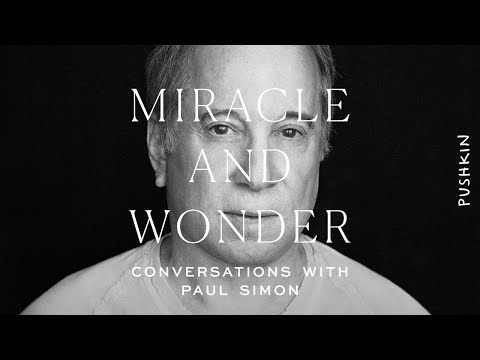 Order Now: https://bit.ly/PaulAudible “Miracle and Wonder: Conversations with Paul Simon” (out Nov. 16) is unlike any artistic portrait you’ve ever he...