U.S. House Speaker Nancy Pelosi landed in Taiwan on Tuesday for a controversial visit amid rising tensions with China. Beijing considers self-ruled Taiwan to be part of China, and Chinese officials have been warning they would regard Pelosi's visit as a major provocation. Pelosi is now the highest-ranking elected U.S. official to visit Taiwan in more than 25 years. 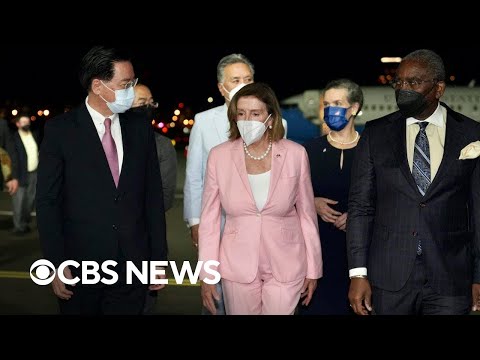