This event will be free to view, however your donations will help support this event and other NMC events to come.

Luke Stewart is a DC/NYC-based musician and organizer of significant musical presentations who now has a strong presence in the national and international Improvised Music community.

Stewart was noted in Downbeat Magazine in 2020 as one of “25 most influential jazz artists” of his generation and was profiled in the Washington Post in early 2017 as “holding down the jazz scene,” selected as “Best Musical Omnivore” in the Washington City Paper’s 2017 “Best of DC,” chosen as “Jazz Artist of the Year” for 2017 in District Now, and in the 2014 People Issue of the Washington City Paper as a “Jazz Revolutionary,” citing his multi-faceted cultural activities throughout DC.

In New York City, Luke collaborated with Arts for Art in hosting the first ever Free Jazz Convention to share resources and strategies among the community. He has also performed in a myriad of collaborations and performances in venues such as the Kitchen, the Metropolitan Museum of Art, Pioneer Works, Roulette, and Issue Project Room.

As a solo artist, Luke has been compiling a series of improvisational sound structures for upright bass and amplifier, utilizing the resonant qualities of the instrument to explore real-time harmonic and melodic possibilities. He has performed at many arts venues in DC, NYC, and around the world.


Damon Smith studied double bass with Lisle Ellis and has had lessons with Bertram Turezky, Joëlle Léandre, John Lindberg, Mark Dresser and others. Damon’s explorations into the sonic palette of the double bass have resulted in a personal, flexible improvisational language based in the American jazz avant-garde movement and European non-idiomatic free improvisation.

Visual art, film and dance heavily influence Damon’s music, as evidenced by his CAMH performance of Ben Patterson’s Variations for Double Bass, collaborations with director Werner Herzog on soundtracks for Grizzly Man and Encounters at the End of the World, and an early performance with the Merce Cunningham Dance Company.

After many years in the San Francisco Bay Area and six productive years in Houston, Texas working regularly with Alvin Fielder, Sandy Ewen, Thomas Helton, David Dove & Chris Cogburn, Damon moved to the Boston area in the fall of 2016 and began working with Jeb Bishop, Joe McPhee , Ra-Kalam Bob Moses and many others. Damon has run the Balance Point Acoustics record label since 2001, releasing music which focuses on transatlantic collaborations between US and European musicians.

This video, sound, and material is copyrighted and belongs to the above artists. 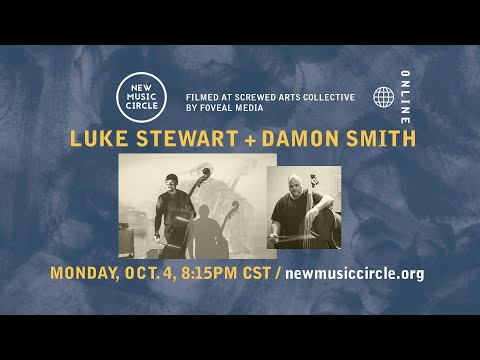