On March 8, the Opposition had submitted a no-confidence motion against Prime Minister Imran Khan in the National Assembly Secretariat.

A total of 86 lawmakers from the Opposition parties had signed the no-confidence motion, seeking the removal of PM Imran Khan.

On the same day, the Opposition had also submitted a request for requisition of a National Assembly session under Article 54 (3).

Under the Constitution, the speaker had to summon a session of the Assembly within 14 days of the requisition.

If the speaker allows the motion to be tabled on March 21, then the debate needs to take place after three days and before seven days. This would mean that the debate will have to take place by March 25.

After three days of debate, the MPs would be allowed to vote on the motion which would mean the voting would take place on March 28. 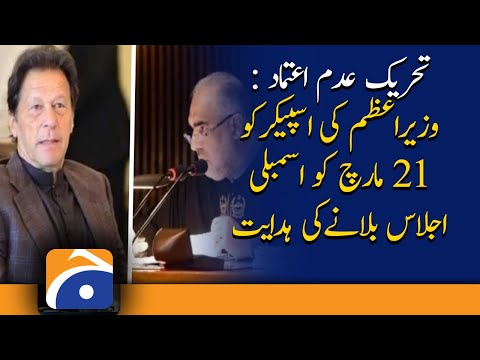