Guitar World: On the album "Animals ", Dogs is the only song that was not written solely by Roger Waters, which was your part in co-authoring that song.

David Gilmour: I basically wrote all the chords, the main part of the music, and wrote a few paragraphs at the end.

Guitar World: What instrument do you play in the song?

David Gilmour: A Fender Telecaster, hooked up to a Hiwatt amp and a pair of Yamaha rotary loudspeakers, the Leslie style they used to make. I used to use two of them on stage alongside regular amps, that slight leslie effect makes a big difference to the sound. This song started a few years ago when the band played it during the '74 tour, when it was known as "You gotta be crazy." The truth is that we "tested on tour" a lot of the material with the intention of finding what worked and what didn't and that was one of the things that made the Floyd so great in the 70s. That song was so good that it suffered very few changes over 3 years, making it the strongest piece on the album. " 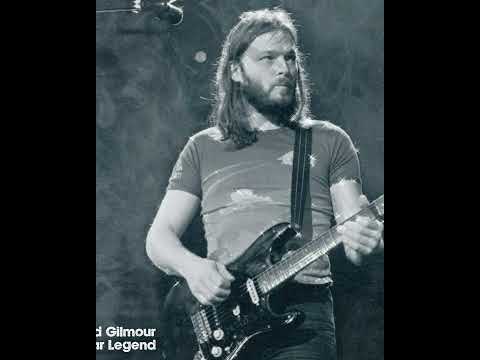 "Dogs". Guitar World: On the album "Animals ", Dogs is the only song that was not written solely by Roger Waters, which was your p...