Get in jail with me! Years ago I bought a CD with music and authentic prison noises from the German correctional facility "Fuhlsbüttel" in Hamburg which is also called "Santa Fu". While I won't comment on the music on this CD except to say that it's not up my alley at all, there is a significant amount of good prison noises on it, recorded in best quality. Keys opening cell doors, inmates talking, announcements coming through the loudspeakers in the cell block, you know what I'm talking about. Or probably not. Hopefully not.

There are "normal" inmates serving time and those who are in so-called "Sicherungsverwahrung" ("Sicherung" = "security" or "safety", "Verwahrung" = "custody"), which means that they have "technically" served their time but cannot be released because they still are considered dangerous, mostly due to underlying severe psychological problems. There is a special section in the facility for them. They have to take several psychological tests over the years until experts consider them ready to be integrated back into society. I would never want to be one of these experts, I can tell you.

There's a certain "Frank W." (double murder) in Santa Fu who's in there for 38 years now - which I personally find appropriate, if I may say that. So the "after 15 years you'll be released early if you behave" cliché is a total myth.

Just for the protocol: I'm a good boy :-) and never been in jail myself, except for when I wrote for a local magazine dealing with social issues. I lived directly opposite the local prison back then so I brought a few copies to the inmates when a new issue came out. Must be damn boring serving time.

They make excellent Dark Ambient, so what can go wrong?

The result is an (imho) fine prison ambient piece of music. Could even help falling asleep, though some may find it a bit creepy here and there.

The footage shows pics from said prison with a mesh fence scrolling by as a background. Nothing too fancy, but interesting to look at - if you never served time, that is. I found it remarkable that the prison actually is built like the panopticon Jeremy Bentham described:
https://en.wikipedia.org/wiki/Panopticon

Disclaimer: My channel is entirely non-commercial, I make no money with it. All rights belong to the artist. If the artist is not ok with me featuring their work here, please contact me and I'll take the video offline. 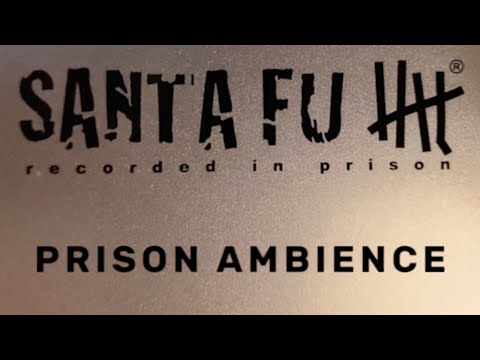 Get in jail with me! Years ago I bought a CD with music and authentic prison noises from the German correctional facility "Fuhlsbüttel" in H...