The number of Republicans in the House who are openly supporting the idea of making Trump the Speaker of the House after the 2022 midterms might be small, but their idiotic idea hasn't gone away, and that's a problem. Due to the vague ways that the House rules have been written, a non-member of Congress could absolutely be named as the Speaker, making them third in line for the presidency - and that's what intrigues Republicans so much. Ring of Fire's Farron Cousins explains what's happening.

Support us by becoming a monthly patron on Patreon, and help keep progressive media alive!: https://www.patreon.com/TheRingofFire

Find our merchandise at Teespring: https://teespring.com/stores/rof-store

Support Ring of Fire by subscribing to our YouTube channel: https://www.youtube.com/theringoffire

*This transcript was generated by a third-party transcription software company, so please excuse any typos.

Last week, a judge in Fulton county, Georgia decided to throw out a lawsuit that was attempting to force Fulton county to conduct a widespread ballot audit of the 2020 election in the county. And the judge looked at this and said, you don't have any evidence of really anything, but most importantly, obviously you can't show any kind of injury. You can't show any kind of damage. So I can not allow this lawsuit to go forward because you have no evidence. And this happened on Wednesday, Marjorie Taylor green, also from the state of Georgia, flipped the hell out. And during an appearance on right-wing media, of course proclaimed this to be devastating news. That's what she said. It's devastating news. Here's more. The case has been dismissed for lack of standing there saying the plaintiffs has not established that they have received injury. If wide open borders, a complete invasion at our border, that catastrophe in Afghanistan, army, the Taliban nation with 85 billion worth of our military equipment, abandoning Americans, if that's not an injury, what is injury? And that is the direct results of election fraud. Every body knows it.

She also said that the lack of audits in Republican controlled states was a unforgivable unforgivable. See Marjorie. Uh, here's what you may not know. Uh, George has already done a recount. George has already done signature verification. Georgia has literally already gone through all of the steps that they needed to go through to verify that their election results were 100% accurate. They've done all that. And Donald Trump's still lost. Okay. You, you can't change that just because you're not happy about what happened there doesn't mean you can, uh, go whine and cry about a lawsuit that by the way you weren't even involved in. And if you want to talk about injuries and lawsuits, how about we talk about the issue of climate change, where we have thousands of Americans who die premature deaths every single year, directly related to the pollution coming out of coal fired power plants coming from the burning of fossil fuels.

We know that those injuries exist, but those have been tossed out of court because you can't prove who did the injury, but those are actually real injuries. You're talking about things that Hey, every administration basically does. There were plenty of immigrants coming across the Southern border during the Trump administration. Remember he threw them in those little cages that Biden is still using today, by the way, folks, should we get to Sue Trump for that Marjorie? Because if you're going to push that every stupid thing a president does as grounds for a lawsuit against them to overturn their election, then bring it on because no president in United States history would stay at office that's. That's why we have these, you know, rules for what constitutes a legitimate injury in a lawsuit, Marjorie. But she knows that actually, you know what? I don't think she does know that. 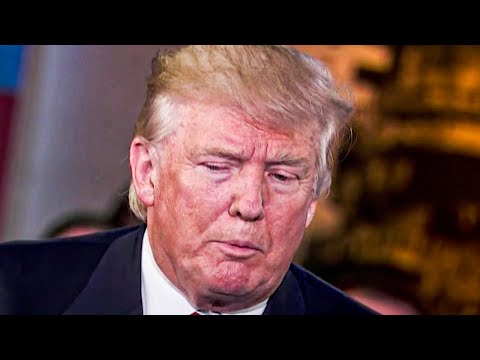 The number of Republicans in the House who are openly supporting the idea of making Trump the Speaker of the House after the 2022 midterms might be sm...