The "State Anthem of the Russian Federation"[a] is the national anthem of Russia. It uses the same melody as the "State Anthem of the Soviet Union", composed by Alexander Alexandrov, and new lyrics by Sergey Mikhalkov, who had collaborated with Gabriel El-Registan on the original anthem.[3] From 1944, that earliest version replaced "The Internationale" as a new, more Soviet-centric and Russia-centric Soviet anthem. The same melody, but without any lyrics, was used after 1956. A second version of the lyrics was written by Mikhalkov in 1970 and adopted in 1977, placing less emphasis on World War II and more on the victory of communism, and without mentioning the denounced Stalin by name.

The Russian SFSR was the only constituent republic of the Soviet Union without its own regional anthem. The lyric-free "Patrioticheskaya Pesnya", composed by Mikhail Glinka, was officially adopted in 1990 by the Supreme Soviet of Russia,[4] and confirmed in 1993,[5] after the dissolution of the Soviet Union, by the President of the Russian Federation, Boris Yeltsin. This anthem proved to be unpopular with the Russian public and with many politicians and public figures, because of its tune and lack of lyrics, and consequently its inability to inspire Russian athletes during international competitions.[6] The government sponsored contests to create lyrics for the unpopular anthem, but none of the entries were adopted.

Glinka's anthem was replaced soon after Yeltsin's successor, Vladimir Putin, first took office on 7 May 2000. The federal legislature established and approved the music of the National Anthem of the Soviet Union, with newly written lyrics, in December 2000, and it became the second anthem used by Russia after the dissolution of the Soviet Union. The government sponsored a contest to find lyrics, eventually settling upon a new composition by Mikhalkov; according to the government, the lyrics were selected to evoke and eulogize the history and traditions of Russia.[6] Yeltsin criticized Putin for supporting the reintroduction of the Soviet-era national anthem even though opinion polls showed that many Russians favored this decision.[7] 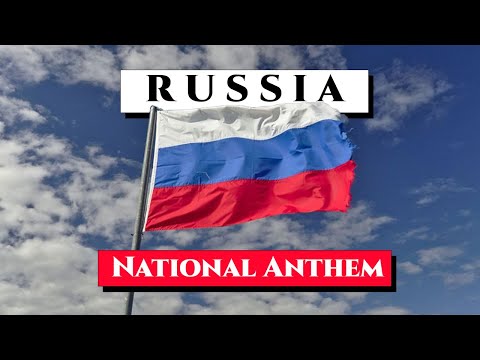