The Doolittle Raid, also known as the Tokyo Raid, was an air raid on 18 April 1942 by the United States on the Japanese capital Tokyo and other places on Honshu during World War II. It was the first air operation to strike the Japanese archipelago. Although the raid caused comparatively minor damage it demonstrated that the Japanese mainland was vulnerable to American air attacks. It served as retaliation for the 7 December 1941 attack on Pearl Harbor, and provided an important boost to American morale. The raid was planned by, led by, and named after Lieutenant Colonel James Doolittle (later a Lieutenant General in the US Army Air Forces and the US Air Force Reserve).

Under the final plan, 16 B-25B Mitchell medium bombers, each with a crew of five, were launched from the US Navy aircraft carrier USS Hornet, in the Pacific Ocean, off Japan. There was to be no fighter escort. After bombing military and industrial targets in Japan, the B-25 crews were to continue westward to land in China.

The raid on Japan killed about 50 people and injured 400, including civilians. Damage to Japanese military and industrial targets was minimal but the raid had major psychological effects. In the United States, it raised morale; in Japan, it raised fear and doubt about the ability of military leaders to defend the home islands, but the bombing and strafing of civilians also steeled Japanese resolve to gain retribution, and this was exploited for propaganda purposes.[4] It also pushed forward Admiral Isoroku Yamamoto's plans to attack Midway Island in the Central Pacific, an attack that turned into a decisive defeat of the Imperial Japanese Navy (IJN) by the US Navy in the Battle of Midway. The consequences were most severely felt in China, where Japanese reprisals caused the deaths of 250,000 civilians and 70,000 soldiers.

Of the 16 USAAF crews involved, 14 complete crews of five returned to the United States or to US forces elsewhere, except for one who was killed in action.[5][6] Eight aviators were captured by Japanese forces in Eastern China and three of these were later executed. All but one of the B-25s were destroyed in crashes, while the 16th landed at Vladivostok, in the Soviet Union. Because the Soviet Union was not officially at war with Japan, it was required, under international law, to intern the bomber's crew for the duration of the war, and their B-25 was confiscated. However, within a year, the crew was secretly allowed to leave the Soviet Union, under the guise of an escape, and they returned to the United States, or US units elsewhere, by way of Allied-occupied Iran and North Africa.

Doolittle initially believed that the loss of all his aircraft would lead to his court-martial, but he instead received the Medal of Honor and was promoted two ranks to brigadier general.

When planning indicated that the B-25 was the aircraft that best met all of the requirements of the mission, two were loaded aboard the aircraft carrier USS Hornet at Norfolk, Virginia, and were flown off the deck without difficulty on 3 February 1942. The raid was immediately approved and the 17th Bombardment Group (Medium) was chosen to provide the pool of crews from which volunteers would be recruited. The 17th BG had been the first group to receive B-25s, with all four of its squadrons equipped with the bomber by September 1941. The 17th not only was the first medium bomb group of the Army Air Corps, but in early 1942, also had the most experienced B-25 crews. Its first assignment following the entry of the United States into the war was to the U.S. Eighth Air Force.

The 17th BG, then flying antisubmarine patrols from Pendleton, Oregon, was immediately moved cross-country to Columbia Army Air Base at West Columbia, South Carolina, ostensibly to fly similar patrols off the East Coast of the United States, but in actuality to prepare for the mission against Japan. The group officially transferred effective 9 February 1942 to Columbia, where its combat crews were offered the opportunity to volunteer for an "extremely hazardous", but unspecified mission. On 19 February, the group was detached from the Eighth Air Force and officially assigned to III Bomber Command. 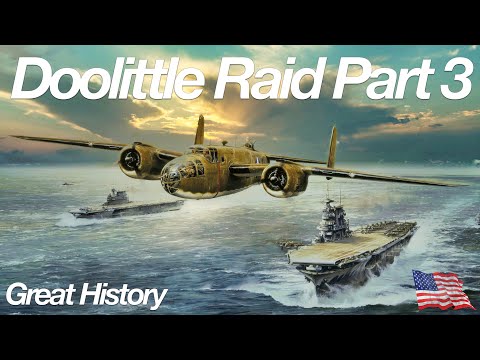