PRS HDRX amps bring power and balance. Featuring a newly-documented Hendrix Touring Circuit, the PRS HDRX amp is heavily inspired by one of Hendrix’s personal amps purportedly used at Woodstock, which Paul Reed Smith and PRS Amp Designer Doug Sewell were able to study. The PRS HDRX is designed to push the high-end so it is very clear, but not so much that it’s harsh, so the amp shines without glaring and allows for aggression that can be backed off for smooth, sweet tones. 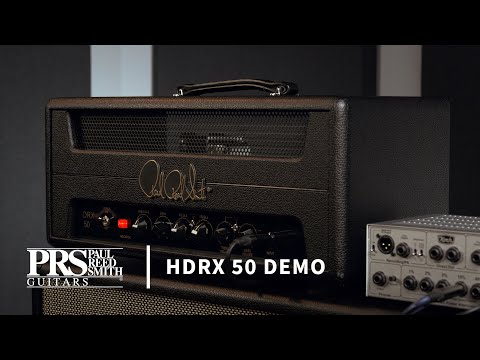