» Check out our range of Gibson ES-335 Guitars | https://tinyurl.com/y3qpsck7

Make love not war! The Stand Alone X Analoguetube Love Bomb is an all tube Overdrive / Preamp pedal. The secret to the Love Bomb's authentic amp like tone is a military spec NOS 6948 sub-miniature tube. This was originally designed to power missile guidance systems during the Cold War! Thankfully for us guitarists though, the tubes have been repurposed to deliver a plethora of satisfying tones from a clean boost, to a warm crunch, to a highly saturated, searing distortion. In this video we played the Love Bomb using a beautiful Gibson ES-335, a Fender Telecaster and a Victory amp. 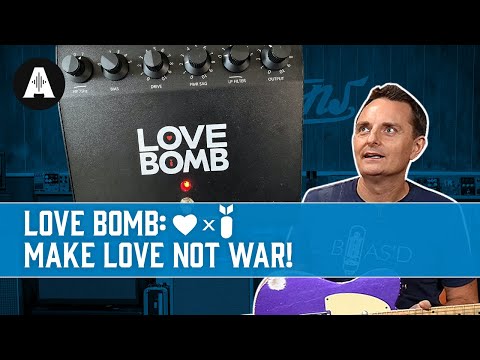