This show at The Fillmore as the Wedding Band was part of Metallica’s “San Francisco Takeover” in December celebrating the band’s 40th anniversary. The all-star cover band played several 70's and 80's rock and funk songs, only wrapping up the show after 3am. The supergroup was formed in 2019 as a Metallica side project; they got their name from the fact that their first gig was a friend's wedding in Hawaii. Their next scheduled gig is on May 27, 2022 at Blue Note Napa / Jam Cellars Ballroom (Margrit Mondavi Theatre) in Napa, California as part of BottleRock After Dark.

The Wedding Band is not just your ordinary cover band. Perhaps they are - but the band members are FAR from typical and all recognizable names.

TWB has been bringing an impressive and unexpected musical lineage to every performance since their original formation on the island of Oahu by Kirk Hammett and Rob Trujillo, with their first gig actually taking place at a Waimea Falls wedding. With this dynamic duo at the helm, this sonic ship carries a rotating crew of eclectic musicians, including early recruits Whitfield Crane and Jon Theodore, as well as Doc Coyle, Mark Osegueda, and others.

A band that will bring you a slew of hard rockin’ funkified jams and classic covers that could shift between AC/DC and Curtis Mayfield or Black Sabbath and Kool & the Gang with a selection of die- hard punk classics weaving in and out. Rest assured that no matter where the needle drops, the Wedding Band will get you moving, grooving, and rocking. While every show comes with mystery guests and sonic surprises, one thing that stays true is that The Wedding Band delivers an evening you won’t soon forget!

I'm as cool as a body on ice
Hotter than the rolling dice
Send you to heaven
Take you to hell
I ain't fooling, can't you tell?

Oh, come on honey, you've got nothing to lose
You got the thirst and I've got the booze
Give you an inch
Take you a mile
I want to make you fry

Like a hot rod, baby
Oh, stick this in your fuse box!

Ah, cooler than a body on ice
Hotter than the rolling dice
Wilder than a drunken fight
You're going to burn tonight

A Celebration of Metallica with Damage Inc., Motorbreath, & Sandman
Bimbo’s 365 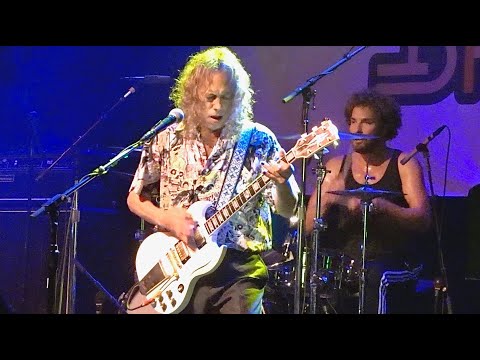