Tom Cruise flying a Boeing Stearman biplane 'on location' at Duxford Airfield, UK during filming of 'Mission: Impossible 7'. The aircraft he's flying is equipped with two movie camera rigs, one mounted on the outer port wing struts and another on the inner starboard wing struts.
The 1943 Boeing Stearman Model 75 (E75N1), is US registered as N65691 and owned by Paramount Overseas Productions Inc. The second aircraft, another Stearman is also owned by Paramount and carries US registration N801RB.
The aircraft are initially seen returning from a filming 'mission', before Tom later goes out again Stearman for some 'circuits' and 'bumps' of the airfield, shortly before the 'heavens opened' and the rain arrived.

This video and audio material may not be reproduced in any form (except as the videos Youtube embedded video option on any other website), without written permission. 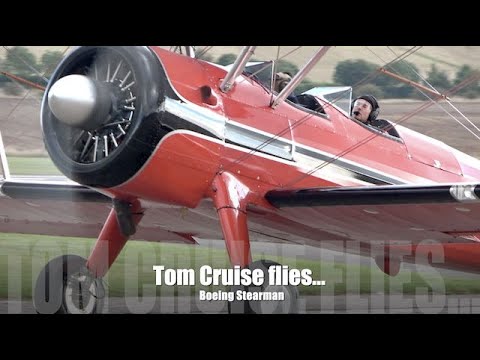