2022 is turning out to be a great year for electric vehicles globally. Tesla has finally
opened Giga Berlin and commenced exporting cars to different parts of Europe. Toyota,
too has announced its new solid state battery, which we are going to tell you about in
this video! What does Toyota's solid state battery offer? Will it finally help the Japanese
car giant reclaim its lost glory in the world of electric vehicles? Stay tuned as we bring
you all the details about the new solid state battery Toyota just revealed in 2022!
If any company was expected to be leading the electric vehicle charge, it should have
been Toyota! The company had a nice head start in the EV race. Toyota then released
the first mass produced hybrid passenger vehicle, the Prius. The first-generation Prius
was equipped with a specially designed VVT-i 1.5-liter gasoline engine and an electric
motor. This hybrid system could optimally balance the power of these units to suit the
driving conditions. The power split device with a planetary gear set served as
continuously variable transmission while also efficiently distributing the engine power to
the drivetrain and the generator. Fair Use Disclaimer
1. The videos have no negative impact on the original works.
2. The videos we make are used for educational purposes.
3. The videos are transformative in nature.
4. We use only the audio component and tiny pieces of video footage, only if it's necessary.

DISCLAIMER:
Our channel is not associated with Elon Musk in ANY way and is purely made for entertainment purposes, based on facts, rumors, and fiction.

Copyright Disclaimer under section 107 of the Copyright Act 1976, allowance is made for “fair use” for purposes such as criticism, comment, news reporting, teaching, scholarship, education, and research. Fair use is a use permitted by copyright statutes that might otherwise be infringing. 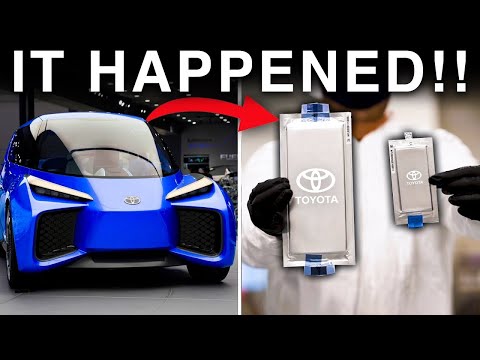 2022 is turning out to be a great year for electric vehicles globally. Tesla has finally opened Giga Berlin and commenced exporting cars to different ...