Rock Star is a 2001 American musical comedy-drama film directed by Stephen Herek from a script by John Stockwell and starring Mark Wahlberg and Jennifer Aniston. It tells the story of Chris "Izzy" Cole, a tribute band singer who ascended to the position of lead vocalist of his favorite band, which was inspired by the real-life story of Tim "Ripper" Owens, singer in a Judas Priest tribute band who was chosen to replace singer Rob Halford when he left the band. After opting the filming rights to the story, Warner Bros. hired Stockwell to write the script. Brad Pitt was initially signed to play the lead role but left due to creative differences, and Wahlberg was eventually hired for the part. Rock Star garnered mixed reviews from critics and was a box office flop, grossing $19 million worldwide against a production budget of $57 million. In the mid-1980s, Pittsburgh resident Chris Cole (Mark Wahlberg) is a fanatical admirer of a heavy metal band called Steel Dragon. By day, Chris is a photocopier technician and by night, he is the lead singer of a Steel Dragon tribute band called Blood Pollution (the name is taken from a Steel Dragon song).
Internal struggles among the actual Steel Dragon band members culminate with the firing of their lead singer, Bobby Beers (Jason Flemyng), and the beginning of recruitment sessions to find a new vocalist. Chris experiences his own strife with his Blood Pollution bandmates, particularly guitarist Rob Malcolm (Timothy Olyphant). During a live performance, Rob's playing fails to live up to Chris' over-demanding standards regarding note-for-note accuracy to the original Steel Dragon recordings, and Chris sabotages Rob's amplifier mid-song – a fight breaks out between the two onstage. The next day, Chris meets Blood Pollution at a rehearsal session, but he finds out that he has been replaced with his arch-rival, the (now former) lead singer of another Steel Dragon tribute band. Rob also cites Chris' inability to create his own musical style, preferring to remain the singer in a tribute band.
One day, Chris receives an unexpected phone call from Steel Dragon's founder and rhythm guitarist, Kirk Cuddy (Dominic West), and is offered an audition for the band (thanks to two of Blood Pollution's groupies, who showed Kirk a videotape of one of Blood Pollution's concerts). After hanging up on Kirk once, thinking he's being pranked by Rob, Chris ecstatically agrees. At the studio, he meets the band and gives an outstanding performance of "We All Die Young" (a Steel Dragon song in the movie, but it is a real song by Steelheart, whose lead vocalist, Miljenko Matijevic, provides Cole's singing voice for the film). Chris joins the band as their new singer, adopting the stage name "Izzy". Following a successful debut concert with Steel Dragon, Izzy must come to grips with the pressures of his new-found fame and success. The band embarks on a lengthy tour and Izzy experiences the excesses of the lifestyle, with the group's road manager, Mats (Timothy Spall), serving as a sympathetic mentor to Izzy.
His new lifestyle impacts his life both for better and worse, particularly with his relationship with his supportive girlfriend, Emily Poule (Jennifer Aniston), when she decides not to continue with him throughout the remainder of the tour as a rock star girlfriend, though Emily and Izzy agree to get back together when the tour reaches Seattle. Eventually, Steel Dragon stops in Seattle for a show, and Emily arrives at his hotel room as they had previously arranged, although Izzy had become so inebriated while on tour he forgot about the arrangement and did not even know what city he was in. Although taken aback by all the groupies, Emily still tries to reconnect with him, reminding him of their plans to meet up once he got to Seattle, however he is too intoxicated to really understand what she is saying, eventually suggesting they go to Seattle together. 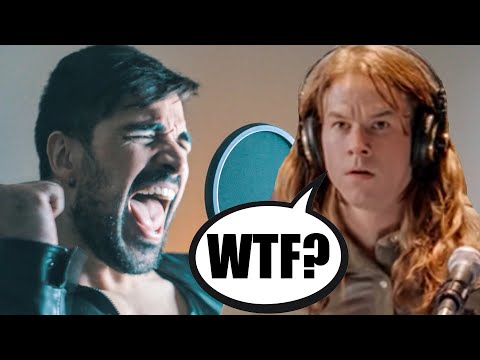