TOP 3 HALLOWEEN MOVIE PICS AND HOW TO EXPERIENCE THE BEST MOMENTS ON YOUR HOME THEATER SYSTEM!!!

NUMBER 3
Batman ventures into Gotham City's underworld when a sadistic killer leaves behind a trail of cryptic clues. As the evidence begins to lead closer to home and the scale of the perpetrator's plans become clear, he must forge new relationships, unmask the culprit and bring justice to the abuse of power and corruption that has long plagued the metropolis.


NUMBER 2
A young woman discovers the rental home she booked is already occupied by a stranger. Against her better judgment, she decides to spend the night but soon discovers there's a lot more to fear than just an unexpected house guest.


NUMBER 1
The story of one of the most notorious serial killers in the United States, largely told from the points of view of his victims.

Dolby Atmos is a surround sound technology developed by Dolby Laboratories. It expands on existing surround sound systems by adding height channels, allowing sounds to be interpreted as three-dimensional objects.[1] Following the release of Atmos for the cinema market, a variety of consumer technologies have been released under the Atmos brand, using in-ceiling and up-firing speakers.

With three identical front channels completely hidden, acoustical best practice can be followed for the total suspension of disbelief.

Surround sound is a technique for enriching the fidelity and depth of sound reproduction by using multiple audio channels from speakers that surround the listener (surround channels). Its first application was in movie theaters. Prior to surround sound, theater sound systems commonly had three screen channels of sound that played from three loudspeakers (left, center, and right) located in front of the audience. Surround sound adds one or more channels from loudspeakers to the side or behind the listener that are able to create the sensation of sound coming from any horizontal direction (at ground level) around the listener.

The technique enhances the perception of sound spatialization by exploiting sound localization: a listener's ability to identify the location or origin of a detected sound in direction and distance. This is achieved by using multiple discrete audio channels routed to an array of loudspeakers.[1] Surround sound typically has a listener location (sweet spot) where the audio effects work best and presents a fixed or forward perspective of the sound field to the listener at this location.

Surround sound formats vary in reproduction and recording methods, along with the number and positioning of additional channels. The most common surround sound specification, the ITU's 5.1 standard, calls for 6 speakers: Center (C), in front of the listener; Left (L) and Right (R), at angles of 60°; Left Surround (LS) and Right Surround (RS) at angles of 100–120°; and a subwoofer, whose position is not critical.[2]

Halloween or Hallowe'en (a contraction of "All Hallows' even", evening),[5] less commonly known as Allhalloween,[6] All Hallows' Eve,[7] or All Saints' Eve,[8] is a celebration observed in many countries on 31 October, the eve of the Western Christian feast of All Hallows' Day. It begins the observance of Allhallowtide,[9] the time in the liturgical year dedicated to remembering the dead, including saints (hallows), martyrs, and all the departed.[10][11]

One theory holds that many Halloween traditions were influenced by Celtic harvest festivals, particularly the Gaelic festival Samhain, which are believed to have pagan roots.[12][13][14][15] Some go further and suggest that Samhain may have been Christianized as All Hallow's Day, along with its eve, by the early Church.[16] Other academics believe Halloween began solely as a Christian holiday, being the vigil of All Hallow's Day.[17][18][19][20] Celebrated in Ireland and Scotland for centuries, Irish and Scottish immigrants took many Halloween customs to North America in the 19th century,[21][22] and then through American influence Halloween had spread to other countries by the late 20th and early 21st century.[23][24] 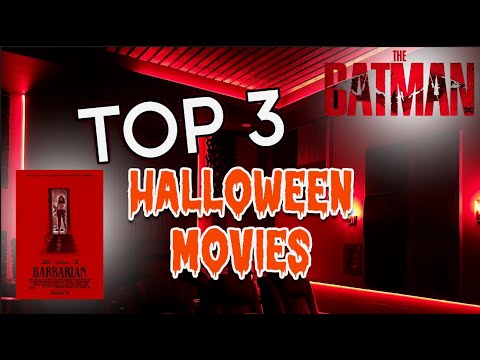