The text below is a transcription of the video.

We have sold a huge number of subwoofers in the last few years as stereo pairs and customers these days are often just coming in and sort of demanding stereo pairs, but they don't exactly know why. So let's sort of demythologize what stereo pairs are about, why it's a good idea, and also how you can start in many cases with a single and add one to wind up with a stereo pair down the road.

What stereo pairs do is really interesting on a technical basis what they can do is really smooth out the evenness of response throughout the room. So when you have two sources that are making low bass, they tend to create peaks and valleys, but if you place them properly, you can smooth things out.

Now, the real reason, the sonic reason especially for two channel that you want to do stereo pairs is, is it allows each side of the room, so your speakers are actually operating in asymmetry whether, you know it or not. There are no even rooms on the planet. I'm reasonably convinced. I've probably worked in 1500 rooms.

Some of them very expensive. None of them are symmetrical, meaning that the right speaker and, the left speaker are actually seeing completely different effects. When you set up your speakers, whether you know you're doing it, or you accidentally stumbled into it, that's what you wind up dealing with. You somehow over the span of a month or two or fiddling with it figuring out how to get your two speakers to work in a room where this half of the room is very different than this half of the room.

When you go to do a single subwoofer, you don't have that benefit. What stereo pairs allow you to do is get this subwoofer perfectly locked up to that speaker. That subwoofer perfectly locked up to that and when you do that, the coolest thing on earth happens. The stereo image, which most people's stereo image if these are the two speakers. They tend to have a kind of a U shaped soundstage. The lead singer is right here. No problem. He sounds great. The drum kits back here, but it starts to get a little murkier. Things like floor toms kind of go bump as opposed to a real snap, you can hear it hit and it pops.

These things all exists between the two speakers and back, the further back you get the darker it gets in effect within the recording. When you properly set up a pair, you get the outer two thirds of the sound stage. You literally open this up and people can't believe it because in many cases they've been using these speakers and one of those subwoofers for two and three years. They know what their system sounds like and when you get those things opened up and you get those outer two thirds to work it's kind of shocking.

It's troubling at a lot of different levels and then you start to relax and go, my gosh, things are exactly where they should be. I can hear the clarity in the foreground. Here's the saxophone. You could hear you know, the bell of the saxophone rotating around its spotlit mic. Things are layered exactly where they should be and you just hear so much more intimacy and clarity and depth into the music. So that's the why. I want to stress this. You do not have to start, unless less you own balanced differential mono blocks, and if you don't know what those are, don't worry about it because you don't own them.

Balanced differential amplifiers is significantly different than a normal amp and those require stereo pairs right from the beginning. Some very strange things can happen if you try and take two completely different grounded amplifiers in their own chassis and connect them together.

Everybody else. You can start with a single there's nothing wrong with it. You'll get huge amounts of enjoyment out of something like these little T/5x's and run it and enjoy it for a year. Find out what it sounds like. Then add on the second one. Yeah, it'll take you 10 minutes to reconnect, but add on the second one. Retune each one, individually one sub at a time.

Undo the, this one, come back over and do this one. Get it perfectly, made it to its mate, and then put them together. Do a little fine tuning. You'll just be shocked at the amount of clarity and improvement you get out of the entire system. Remember, we're not trying to get more bass. We're really trying to define clearer space and that's really the beauty of stereo. Several offers. 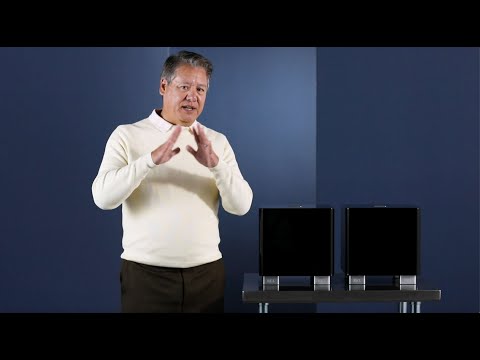 Learn more about REL Acoustics at https://rel.net/ The text below is a transcription of the video. We have sold a huge number of subwoofers in the las...